Posted on January 14, 2014 By johnpierre rivera 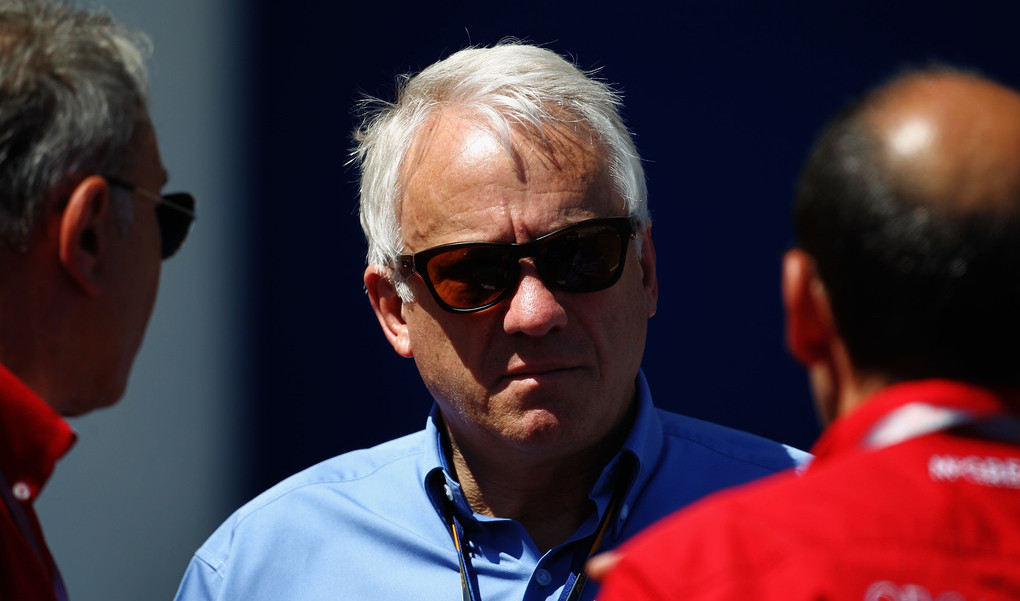 FIA race director Charlie Whiting has defended the use of the DRS in Formula 1 amid criticism that it makes it too easy to overtake.

The DRS, which allows a driver to open a slot gap in the rear wing to slash drag, was introduced in 2011 and Whiting does not believe it diminishes the skill of passing.

“I’m a great fan of it,” said Whiting while giving the annual Watkins Lecture run by the Motorsport Safety Fund at AUTOSPORT International.

“I know some people are opposed to it and really think it is not pure enough. I completely disagree with that view.

“It still requires extreme skill from the driver. It is not as if it’s turn on, overtake, go, done.”

Whiting stressed that sometimes passing moves appear easier than they actually are because of the advantage of a better exit speed from the corner leading onto the straight.

Passing moves on the Kemmel Straight at Spa have been criticised in recent years, but Whiting used this as an example of the advantage of a strong run through a turn.

“Sometimes it does appear like that [too easy] but Spa is an example of how if you come through Eau Rouge a bit quicker than the car in front and deploy DRS it’s dead simple.

“But it’s only because of the exit speed of the car. If the cars are at an equal speed, a driver will have to be within 0.3s of the car in front which is no mean feat in itself.

“But if they are at the same speed at the beginning of the DRS zone, they will be alongside at the braking point. That’s the whole theory of the DRS.

“You have to pre-suppose that the cars are at the same speed but you have no idea what speed they are going to do that.

“If you understand the reasoning about it and what is required to actually overtake, it still takes a great deal from the driver.”

I don’t think I have ever heard Charlie Whiting comment on this particular issue. In Mr. Whiting we have an individual who has been around the paddock for a considerably long time, knows the ins and outs of all the regulations and has what I believe the perspective to make a very informed decision. Put another way when Mr. Whiting speaks it would serve me/you/all of us well to listen.

I can clearly remember the F1 fan base almost universally condemning the F1 Technical Group for committing blasphemy to the one and truly sacred cow of F1. THE PASS. If I remember correctly Jacques Villeneuve was particularly irate and in his not so soft touch let everyone know just how he felt. He was not in the minority.

The DRS was a response to almost everyone in F1 tired of the train or precession that was common place in races prior to 2011. This is partly to do with the way F1 cars can excelerate and brake at lightning speeds thus shorting the distance and time a driver can perform a pass on another car. However there is also another cause for the lack of passing and it has to do with airflow.

Anyone who follows F1 and its heavy reliance on downforce will surely know a modern day F1 car produces what is called disturbed or dirty air. This of course has a knock-off effect on any car in its wake, thus rendering the following car with its heavy reliance on downforce primary on the front element (front wing) almost useless. So as a way to counter this by-product of dirty air which is a by-product of a cars downforce which is the result of all the aero specific parts on a car, the F1 brain trust devise a way to give a following car and extra 10-12km/hr on the straights.

After years of complaining about no passing in F1, I find it fascinating these same fans then complained about too much passing or how the passing was faked or was fraudulent. A very smart and clever way to ensure a driver can pass when he is faster is now going into its fourth season in F1, and I think it has worked out quite well. For the record there have been many occasions where DRS has not made passing any easier. As stated by Mr. Whiting “It still takes a great deal from the driver.”