One And Done – A Case Study Of Sergio Perez

Posted on November 13, 2013 By johnpierre rivera

“I knew it was too good to be true”, Sergio Perez must have been thinking as the season developed and his dream team turned out to have developed a less-than-optimal car. To make matters worse, his driving ability was called into question when he couldn’t make the car perform. The rumors that he will not be piloting a McLaren racecar in 2014 have been around for a couple of weeks but now it’s semi-official since Joe Saward has posted “Perez out at McLaren.” There has been no official word from McLaren itself, but it would appear Kevin Magnussen, son of former F1 and sports car driver Yan Magnussen (most recently a Works GM driver who is part of the über-successful Corvette squad and who by the way also raced for McLaren back in the early Nineties), will be Perez’s replacement for 2014 and beyond. If Mr. Saward is putting the post up that is good enough for me. At any rate I am not about to report anything definitive either, but this news did remind me how F1 can be oh so cruel at times for a driver.

According to the author there were three reasons for the change of direction McLaren is taking concerning its driver line-up. For starters, Perez, irrespective of the car, should have been a little closer on points to Jensen Button. Two, as Saward reports it, Magnussen has out performed Perez in the all important race simulator. Lastly McLaren want at least one year to prepare young Magnussen for the arrival of Honda power and presumably their real championship push to get Woking back on the map.

As is my custom when looking beneath the hood of F1 and its many intricacies, lets have a look at the stats for both Button and Perez to see how they compare. On second thought, lets just skip right to the chase; here are the points totals and qualifying report for both:

This does not seem that out of line to me. First, it must be said, the car McLaren produced was a world class stinker and there is no way McLaren can expect Perez or for that matter Button to drive it beyond its limit, there were too many issues for which they had to compensate already. Interestingly though, for outright speed over one lap Perez is right there with his World Champion teammate. I will admit that Perez should have at least 10 more points in his column. The over-driving in Monaco and the tire issue in England cost him valuable points. That being said, you make your own luck in F1, so the points you collect are what you collect. No excuses.

Perez at work in a Sauber. It was his performance at Malaysia and Italy in 2012 that caught everyone’s attention including the world class organization McLaren International.

But that is really not the point due to the fact that is was never a choice between Button and Perez. As earlier stated it was a choice between Magnussen and Perez. Check out this line from a post on James Allen’s site: “There have been many conversations internally in the last two months at McLaren about the pros and cons of Perez and Magnussen but it looks like the ‘racers’ have won this time and they’ve taken a blood step rather than a conservative one.”

So although on paper Perez’s seat should have been safe in comparison to Button’s performance (for at least one more year anyways), it would appear F1 just does not work that way. In fact F1 works in the complete opposite way. It is an insatiable creature that desires more and more, and in return gives less and less.

This is F1 talking (roaring) now: Giiiiive me NEW drivers, I need NEW drivers, ah yes, that’s it. Purrrrrfect, I ALWAAAAAYS need something NEWWWWW, someone YOUNG and fresh and if you can’t handle it or you’re not FAAAAST enough, hell if I just happen to be in a fooooooul mood then you’re OUT. Don’t CARE that it was the car, don’t CARE that your career is down the draaaain, don’t CARE about any of your teensy tiny little complaaaaaints….

This is how it looks to me anyway; let’s just run down some of the names F1 has chewed up and spit out. 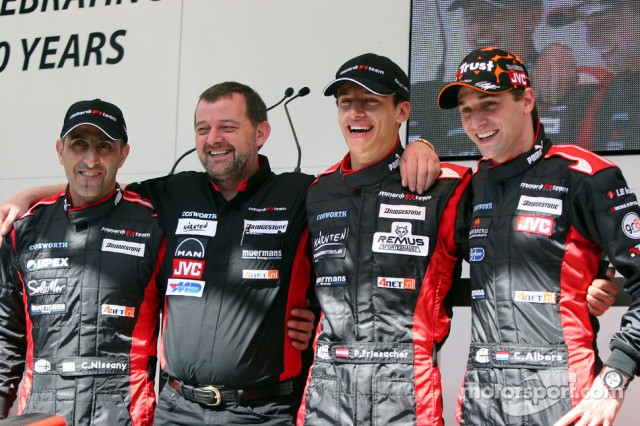 I recognize Paul Stoddart and of course I know the team Minardi, but the guy to Paul’s left? Who on earth is Patrick Friesacher and what happened to him?

I consider myself a pretty hardcore fan, also a student of F1 and have been following it day in and day out for a very, very long time and I must confess there are several names from this list that I honestly cannot recall in any way, shape or form. Apparently a failed stint in F1 not only derails your racing career it can also completely wipe you off the face of the map if you’re not up to snuff.

I might be exaggerating a little bit. However, the appearance and disappearance of drivers in F1 is quite astonishing. This list was going back only ten years. It is worth noting that some drivers who do make it to F1 really don’t stand a chance due to the team they come in with, their own lack of driving skill at this level, the politics, or simply because of timing. Mostly it is a combination of all of these things that can spell doom for a driver.

So what about the drivers that are truly good but still get the shaft? Allen McNish, a multiple champion in endurance racing, Sebastian Bourdais, a multiple champion in the now defunct CART series, Heikki Kovalainen, a podium regular and even won an F1 race (with McLaren by the way). What about them? And now most recently Sergio Perez, why were these drivers shown the exit ramp? Let me clarify, Perez might not be actually exiting F1 at this time, as stated by James Allen: “Force India Looks Best Hope For Perez After McLaren Opts For Magnussen”. However, think about it for a second: of what value is Perez as a driver (apart from the Carlos Slim connection or that Bernie wants a GP in Mexico) if after only one year he was dropped by a team of McLaren’s stature? 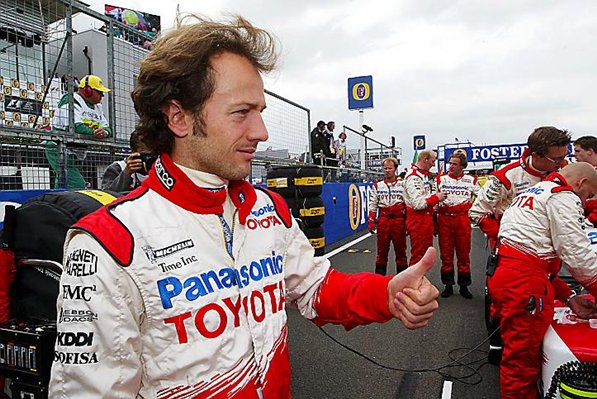 Chritiano de Matta – Now this is a driver whom I do remember. De Matta raced for Toyota when they came into the sport with a bigger budget than Ferrari. It didn’t help the former CART Champion…

The goal of every driver is always a top team. Most of the time it takes a while to get there and all that while I’m sure drivers say to themselves, “If only I was at McLaren, or Ferrari.” More recently Lotus and Red Bull, and now you can say the same about Mercedes. But what happens if you actually get there and it does not go to plan. From Allen’s same post: “It’s a brutal reversal for Perez, who thought he’d hit the jackpot twelve months ago, moving to the team that had the fastest 2012 car. But it’s been a nightmare season with uncompetitive machinery and McLaren has made little secret of is disappointment in the Mexican’s performance.”

And therein lies the rub–Perez had what can only be considered a very uncompetitive car, yet it is his performance that is under scrutiny. Whoever said F1 was fair and understanding? Certainly not me. I believe the same thing might be happening over at Force India with Paul di Resta. In his case it is a combination of tires, team errors and just some plain bad luck, but similar to Perez it is all being dumped on his shoulders, not his team’s.

For the record I posted about each of these drivers this season (yes I actually do occasionally post something other than how great Fernando Alonso is, LOL), and was clearly favorable to each driver. In regards to Perez, I stated I liked the way he was driving albeit some polishing was in order, but his aggressive style, lots of passing, taking on F1’s champions, I was all for it. Di Resta I just plain like as a person, the racing family he comes from, the fact he’s a DTM champion (a series that I love to watch–my father and I have both owned Audis and the racing is as exciting as ever even though the series competes with spec cars) and because I genuinely think he has got what it takes to be an F1 Champion and would look forward to supporting him when that time comes. 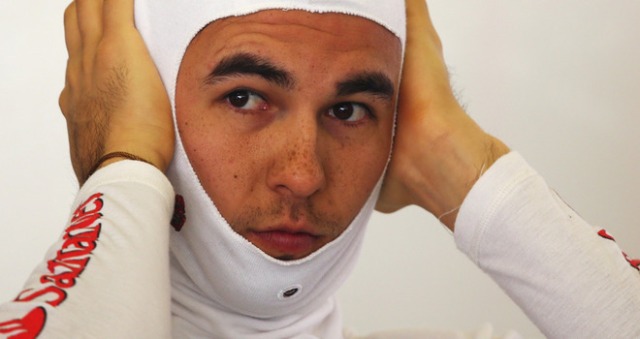 It is all but a formality that Sergio will not be at McLaren in 2014. Where to go now? To another top team? Doubtful, all the seats in the top teams are taken. The only direction to go is back down the grid.

Whether Perez will be replaced or not surely will be reported shortly, possibly even before I get this post up. However, no matter what the outcome is, I have been reminded why I can never get enough of F1. Why F1 has so many fans worldwide. Why I am so over the moon as an Alonso fan, why I loved seeing Hamilton and Merc take it to Red Bull and Vettel on Saturdays, and why I can’t peel my eyes away from the television screen even when Vettel is destroying the rest of the field on Sunday.

The imminent news of Perez’s fall from grace (if it indeed happens) reminded me that only the best of the best of the best survive. I don’t particularly seek out boxing matches or MMA matches but when I happen upon one, I become riveted to the idea that the absolute best will come out of the ring on top and that to me is extremely exciting.

We all use words like compelling, passionate, unbelievable, and incredible when discussing F1. But I would wager that what we are all really saying is that F1 is brutal by its very nature and the ability of our favorite drivers and teams to not just survive but to excel and conquer this brutal monster is what keeps us so interested.

I have come to see that F1 is similar to an anti-hero. Not at all altruistic, possibly immoral, certainly rapacious, definitely unforgiving but somehow still admirable for rebelling against the status quo and refusing to accept anything less than perfection from those pursuing its impossibly high standards. The character that is flawed yet also the character that you are most inspired by. I think Sergio got a bit of a raw deal, but by definition the anti-hero is not perfect and we will now move to the next gladiator on deck. The line is endless after all.

← F1 and America – Alexander Rossi Weighs In
Man On A Mission →